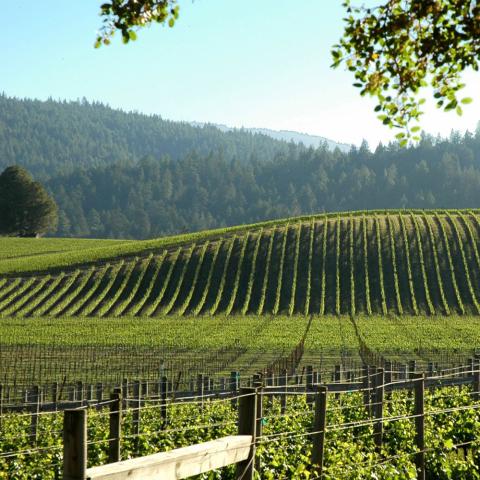 In the Pacific Northwest some of the same grape varieties are grown on a very different scale; while California has over 1,000 wineries, Oregon and Washington contain only around 300 wineries apiece. These Pacific Northwest wineries focus on premium table wine as opposed to bulk production. Closer to home, Pennsylvania boasts some excellent wines, as does the New York Finger Lakes region.
American Viticultural Areas (AVAs) are regulated by the Tobacco Tax & Trade Bureau, an agency of the United States Government.

California
Most of California’s premier wines come from the North Coast and Central Valley, but many of the up-and-coming wineries are on the Central Coast.

Eastern United States
Wineries in Pennsylvania and New York have had great success with native vitis labrusca varieties such as Concord and Niagra, but many also produce Chardonnay and Merlot. Wineries are found in most eastern states, and the wines of Pennsylvania and New York can be found on our store shelves. Quite a few of the native labrusca varieties are excellent choices for those new to wine who have an irrepressible sweet tooth.

Pacific Northwest
Oregon shares its location on the 45th parallel with the Burgundy region in France — and focuses its attention on the traditional Burgundian varieties of Pinot Noir and Chardonnay. Washington is winning increasing attention and acclaim for wines produced from other major varieties.